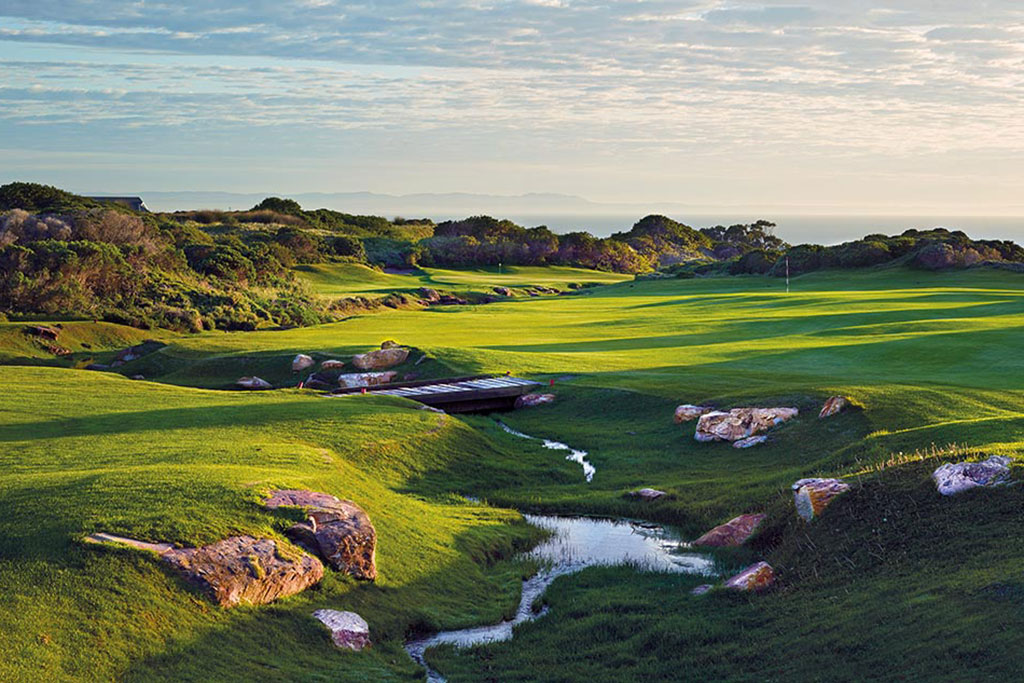 In the early 14th century, the game of golf began. The links land was the marginal land lying between the beaches and the arable fields, and only good for the grazing of sheep and rabbits and the bleaching of cloth. Open to the elements, the game was played on the links grasses between the dunes and the bush. St Francis Links land may not have been grazing land for the sheep and rabbits, but a natural course between the beach and arable land it is. Jack Nicklaus had the pleasure of taking Mother Nature's best piece of links land and signed his name to something unique. St Francis Links will challenge all who play it and reward those who respect it.

The layout combines every element of shot making with its undulating terrain, greens and surrounds, as well as its variation in length and direction.

The bunkers look as though they have been simply plowed out of the land. It is the bunkering that truly defines the quality and character of St Francis Links. Others have designed and built courses with a links look. Here you will easily see that a consistent look throughout separates St Francis Links from the rest. One will agree that, almost from the opening shot, St Francis Links carries a look and feel that breathes history from times gone by. The shape of the greens comes from the natural movement of the land. The greens have simply been placed on top of the sand, changing shape in construction as the wind changed its mind. Some are more undulating than others. All putting surfaces and green surrounds present a mental and physical test. St Francis Links is South Africa's Pure Links.