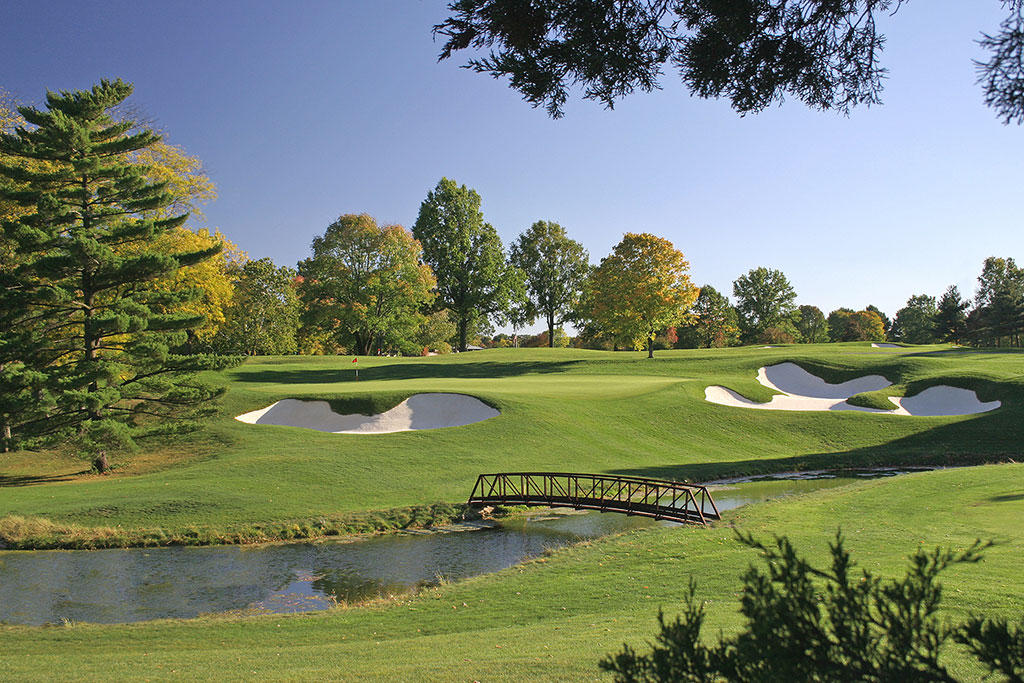 
The Ohio State University Golf Club’s Scarlet Course, ranked among Golfweek’s Best Campus Courses and Golf Digest’s Best in State for 2015, is also considered one of the more challenging courses on the Web.com Tour.

A historic track designed by a legend and redesigned by Nicklaus, who grew up in nearby Upper Arlington, the Scarlet Course requires even professional golfers to be at their best if they want to finish on the leaderboard. It requires an even higher level of play to finish at the top The two Ohio State University golf courses (Scarlet and Gray) are considered by many to be masterpieces in classical golf course architecture. Dr. Alister MacKenzie, a world-renowned golf course architect, submitted the original routing plans to Ohio State’s Athletic Director L.W. St. John in January 1931, and construction of the Scarlet course was overseen by famed architect Perry Maxwell.

The Scarlet Course was completed in 1938 and the Gray in 1940. From 2005–2006, the Scarlet Course underwent a major restoration project overseen by Buckeye legend Jack Nicklaus, who concentrated on restoring the course to the way MacKenzie originally intended it to play.

The course also was lengthened to play to more than 7,400 yards and the par was changed to 71. The driving range was also enlarged, and a short-game practice area was built for both of the varsity golf teams as well as another one for the members of the club.