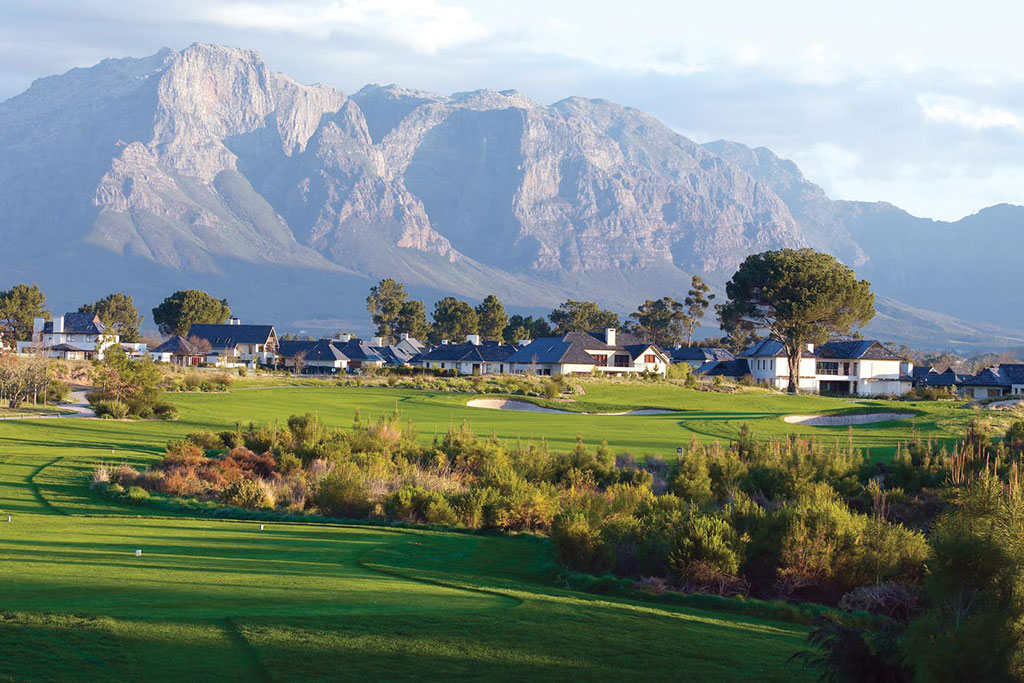 The home of the South African Open for three consecutive years (2007, 2008 and 2009) provides you with a stern yet enjoyable golfing test. During the 2008 South African Open, 2007 U.S. master’s Champion Trevor Immelmann was full of praise saying, “The course is in incredible condition, it really is. That’s the way I expected the course to be, to a high standard, and they have always turned out a fantastic course, for the members day-in day-out. I really feel like these fairways; they are some of the best, if not the best, that I’ve ever played on.”

Pearl Valley at Val de Vie Estate has two signature holes, Nos. 4 and 13, with both offering majestic views of the surrounding mountains and lakes. The 4th hole is challenging, with limited margin for error as you need to cross the creek three times en route to a tricky green. This par 5 is regularly listed as one of the best par 5’s in South Africa, epitomizing the concept of “risk and reward.” The 13th hole is a daunting par 3. As the water cuts from the right and a greenside bunker awaits, one is captivated by the tee shot. This hole tests both your ball striking and your nerve.