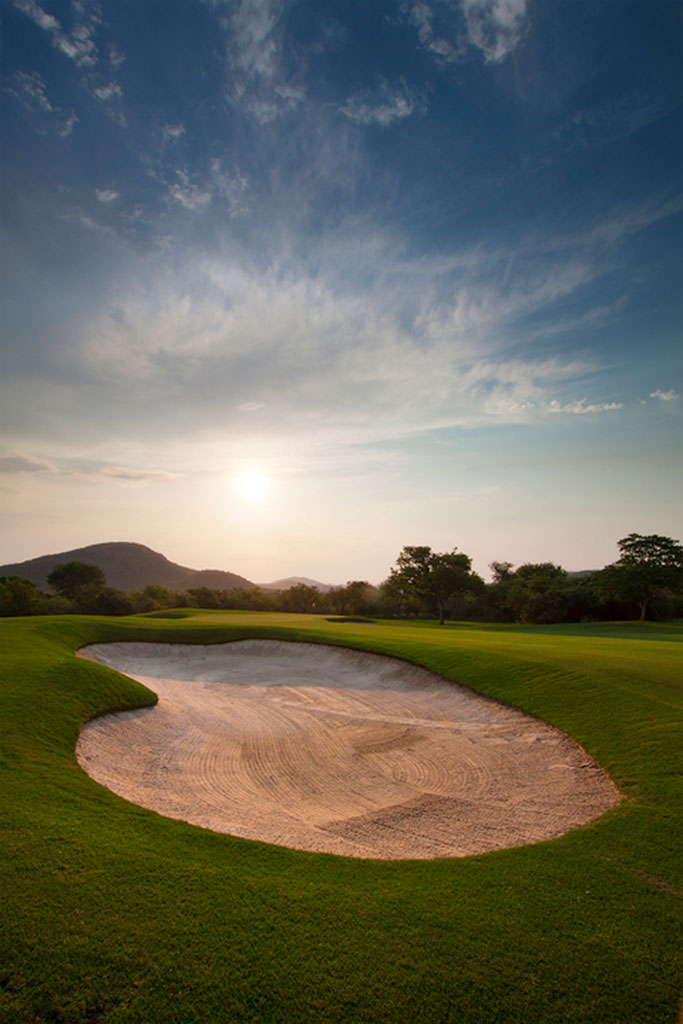 Nestled on the southern border of the Kruger National Park, Leopard Creek is South Africa’s most exclusive golf course development. It has been the host to the European Tour’s Alfred Dunhill Championship since 2004.

Greg Letsche was enlisted by the owner to modify the existing course originally designed by Gary Player. Extensive renovations from 2000-2011 have been completed and involved strategic modifications to tee alignments, bunker placements and green complex enhancements.

Since completion Leopard Creek has been ranked #1 in Golf Digest Magazine and has received the Complete Golfer 5-star experience award.