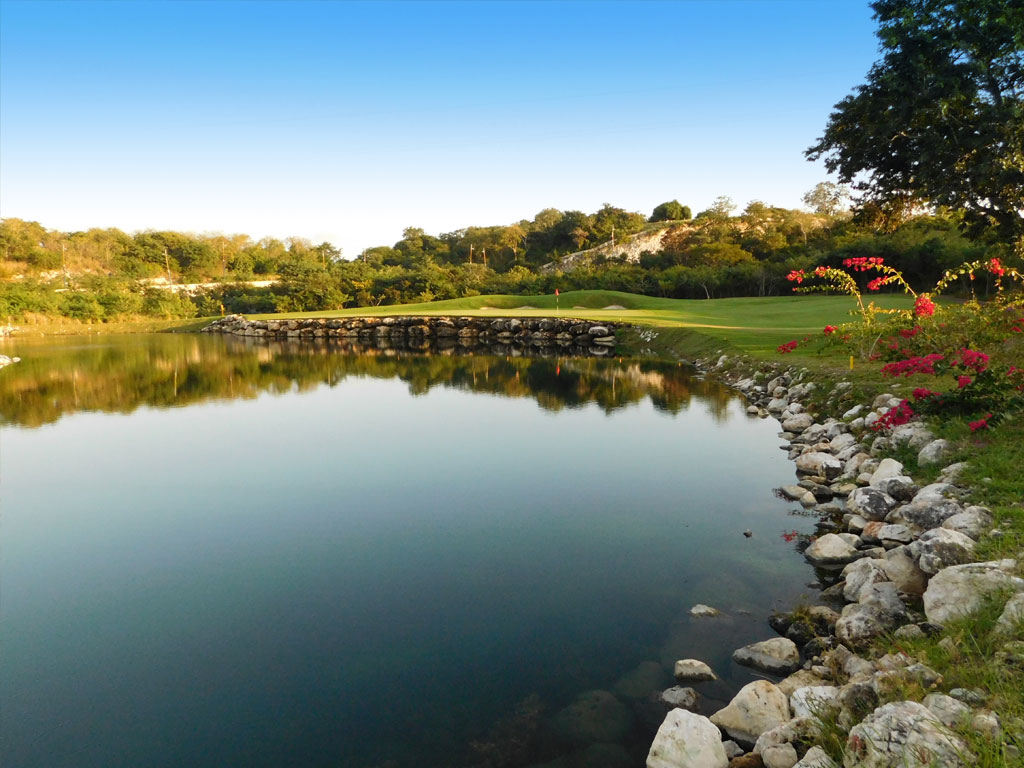 Campeche is located in southeast Mexico, on the west side of the Yucatan Peninsula with 240 miles of shoreline on the Gulf of Mexico. The discovery of oil in the 1970’s led to an economic boom and has allowed for the revitalization of the city of Campeche.

The refurbishment of museums, facades and monument has led to an ever-increasing influx of tourists. The development debuts a new standard of living in Campeche and has quickly become the most sought-after address in the region.

The course routing which threads through hillsides and valleys features spectacular views of the Bay of Campeche and surrounding mountains. The practice area features a short game area with an 18-hole par three course and has received many accolades.

Since opening the course has hosted the Mexican Amateur Championship.