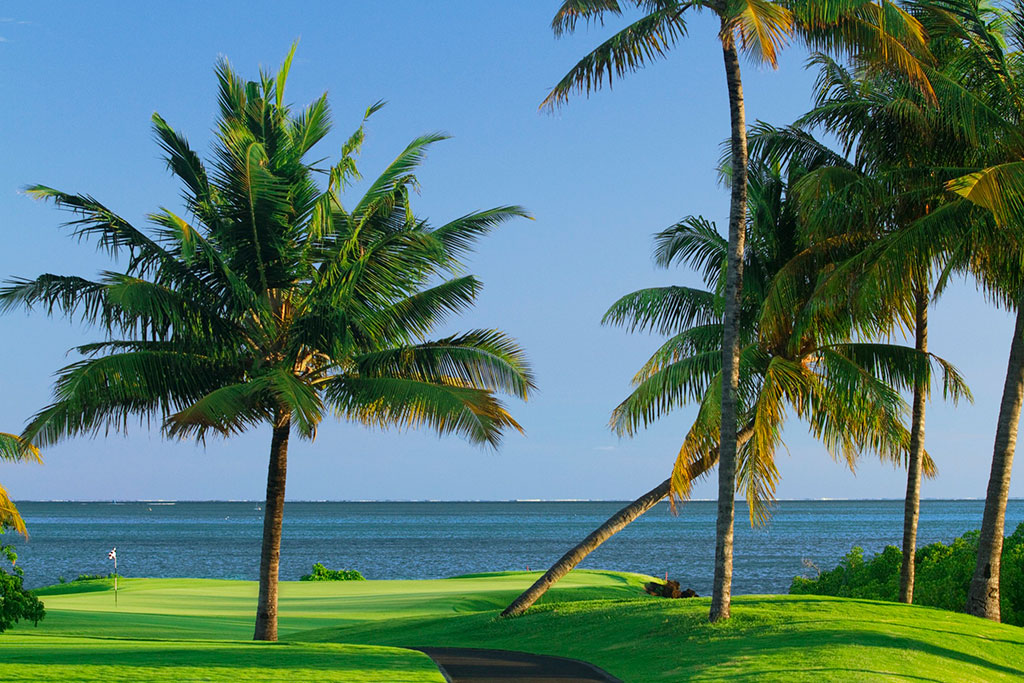 Designed by Ernie Els, Four Seasons Golf Club Mauritius at Anahita is a 7,372-yard, 18-hole, par-72 championship course with large fairways and five sets of tees. Six stunning oceanfront holes culminate in a final shot that is among the most spectacular in the world.

Built to USGA standards, carefully woven into the tropical sanctuary, the course is set against lush mountains and fringed by the vast crystal-clear lagoon. For sheer beauty, there are few courses in the world that can match the Anahita. This course only opened at 2008 but has already established itself as one of the best on the island. The Ernie Els Championship Golf Course is managed by the Four Seasons Resort. It is in a magnificent setting and features some tough deep bunkers, numerous natural water hazards and 6 ocean-side holes and fortunately 5 sets of tees.